On May 10, ATL sent this Open Letter to Philanthropy to several key foundations: Hewlett Foundation, Packard Foundation, Grantham Foundation, and the Gates Foundation. Join our Open Letter: see the key points and contact information listed at the bottom.

Précis:  This is an Open Letter to the major entity, i.e., Philanthropy and to the individuals that have both the ways and means to: (1) catalyze world organizations and political systems into comprehensive Emergency Declarations and Disaster Preparedness; and, to (2) support the discovery, funding, and enactment of effective Emergency Responses related to the interconnected emergencies now confronting humanity as a whole. 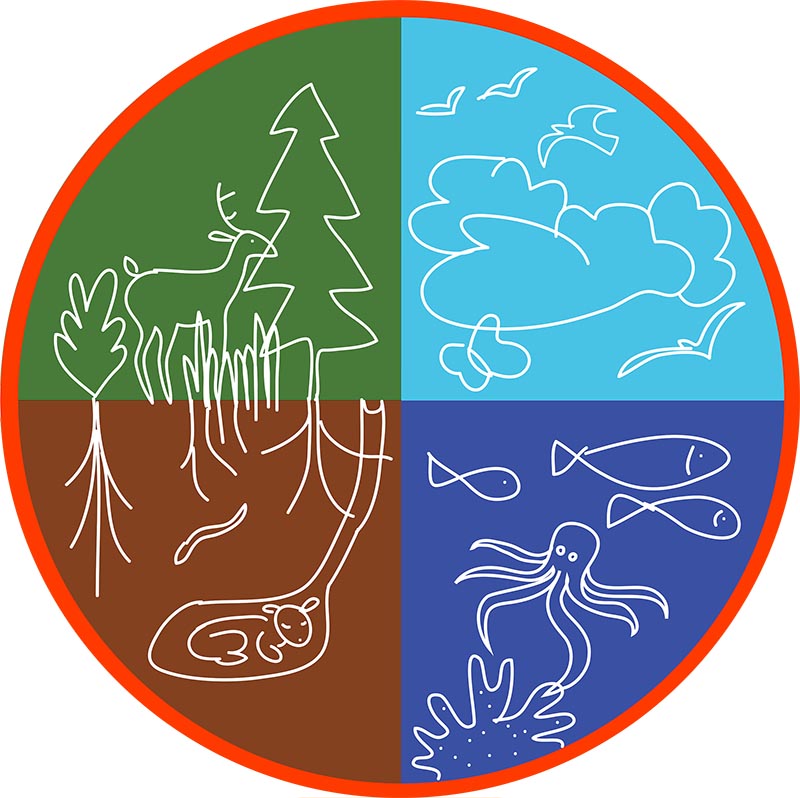 If any reader of this Open Letter doubts the dire situation humanity is operating within, thousands of reliable scientists and analysts, along with every major scientific group with expert knowledge of one or more of the natural or physical sciences are consistently explaining that all we need to do to consign humanity to perdition and to near extinction is to continue our current economic, social, political, and moral operating systems

Time is running out if we care to salvage a livable future for a significant part of Homo sapiens.

Slowly in this decade, but accelerating this year, the world is beginning to realize that the interconnected crises we humans now live within constitutes a Dire Emergency.  The two most acute crises facing us are: (1) increasing climate chaos driven by humans relentlessly over-heating the entire planetary surface; and, (2) the collapse of nature exhaustively detailed in a report unveiled on May 6, which details humanity’s ecological devastations across all continents, and throughout all of Earth’s oceans.

Though ecological devastation is difficult to describe or visualize, the Global Assessment Report from the Intergovernmental Science-Policy Platform on Biodiversity and Ecosystem Services (IPBES) explains the world-wide and accelerating rape-and-ravage of life support systems.  The IPBES’ exhaustive assessment involving thousands of scientists, experts, and synthesizers from 134 countries makes clear that “ecosystem-services” are human life support systems, as well.  The fifteen-hundred page assessment, displays repeatedly that we humans are consistently slashing and burning our own life-support systems, while we rape and ravage the life-support systems of our fellow creatures.  The results for them is terrifying.  The results for us are “clear and present dangers” too numerous for this sketch to capture.

Last fall, the UN Intergovernmental Panel on Climate Change (IPCC) released the “dire warnings” of its latest climate report, filled with “nightmarish tales.” In essence, it said that in order to keep human societies afloat, particularly the industrialized ones, everything must change.  And change immediately.  The IPBES assessment echoes the IPCC’s “change everything now” exclamation, and puts the neon lights into the call for Emergency! realization.

These two assessments are bookends on an extensive body of scientific literature that is virtually screaming for humans to Realize that they have caused and are living in a full-blown Emergency!  This calls for immediate comprehensive change and transformation of human operating systems, reconstitution of human societies, and more.  If these conclusions do not lift us collectively into Emergency! mode, then we face our own self-created suicide watch.

Now, for the Good News

Amidst the screaming need for comprehensive and collective human transformations, there is some good news………

First, Hewlett’s President Larry Kramer did declare in February, on Climate One that indeed we humans have gotten ourselves into a climate Emergency!  Perhaps sometime soon, the largest funder in the world for climate action will act on a Strategy that reflects what the President says, not the “continuing to do what we have been doing for over a decade without results Strategy” that Hewlett currently employs.  Putting an exclamation on that, read just the first paragraph of that deceptive and fallacious Strategy.  It says that in the last decade “Philanthropies, NGOs, governments, and the engaged public have made remarkable progress in reducing global greenhouse gas (GHG) emissions.”

Now, one might be tempted to despair when the leading climate funder in the world calls relentless increases in greenhouse gas emissions “remarkable progress in reducing GHG emissions.” Perhaps if we call this to Hewlett’s attention they will get their facts right!  The simple truth is that GHGs have been increasing this century faster than the last 18 years of the 20th century.

If we are to have any chance to stabilize climate at all this century, Hewlett must get its facts right, rather than backward and upside down.  That is simple, isn’t it?

The good-news hope is that Hewlett’s staff can get on-board with its President: “We are in an Emergency; we are not making remarkable progress, instead we are failing miserably!”

Second, Walt Reid was a leader for the last ecosystems services analysis, the 2005 Millennium Ecosystem Assessment, which described life-support perturbations, from mild to severe, across the world.  Surely, Walt can perceive that we have moved from “concerns” in 2005, to full-blown Emergency! now. He must know that the window is closing on future humans being able to secure a livable world.  We should expect the Packard Foundation to state the Emergency!, and to reflect Emergency! in its funding and strategies.

We can at least ask Walt, can’t we?  Packard has billions upon billions – big piles of dollars, just like Hewlett.  So Packard could also declare the Emergency! and fund effective responses, if it were to choose to do so.

Third, Jeremy Grantham has specifically detailed how we humans are consistently destroying our life-supports in his seminal 2013 “The Race of Our Lives,” and even more powerfully in his 2018 “The Race Of our Lives, Revisited.”  Therefore, humanity is losing its race to save itself from its own self-devouring and self-destruction.  Mr. Grantham has realized the Emergency! and has decided to spend all of his wealth trying to stabilize the climate system.

The Tragedy, as Grantham knows, and as he explains is that the “climate stability” window is fast closing.  Thus, he has put up his billion dollars to do the work.  At least Grantham is one Philanthropist that is giving his all.

Can other Philanthropists wake up?  Can we all ask them to wake up?

Fourth, let’s spend a few minutes on Bill Gates.  Gates, with his foundation is certainly “trying” to help humanity with all of his wealth and all of his Giving Pledge friends adding their billions.  The Giving Pledge hefty total of “giving” is edging into a half-trillion dollars.  Real money, no doubt.

The numbers might impress, but consider where Gates’ world-view is stuck.

In the nearly ten years since Gates promoted his “zero-carbon energy” ideas, some five million people have watched his “Innovating to Zero” TED talk.   In the ten years since, Gates has continued to expect “energy miracles.”

Tough luck for Bill, his own TerraPower has not lifted-off, and he is relegated to hoping China can (in this next decade) build a first prototype of that “concept.”  (The concept is still on the drawing board.)

What about zero-carbon energy, Bill’s dream?  Unfortunately, techno-optimist Bill and all the other zero-carbon-energy dreamers are still where they were in 2010, and even in 1990.  There is still no hint of zero-carbon-energy, not a sniff, and the idea is stuck on the drawing room floor.

No wonder Gates puts little or no funding toward climate stability or ecological devastation, the twin-headed Emergency! biting now.  He is still stuck in a dream, while the world is seeing the nightmares. Why then is this zero-results for zero carbon energy good news?

Well, it can be good news if some of the Giving Pledgers decide to devote themselves to promulgating the critical Emergency! declaration, and then discovering and promoting effective responses.  Even funding some of them!  A hundred billion dollars spent on explaining the Emergency! and promoting the plausible transformations that the exhaustive assessments of the IPCC and the IPBES suggest.  And this hundred billion plus another 50 billion or so from Philanthropy itself, spent now, as these assessments suggest could relieve some of the despair found in many places about humanity’s possibilities for self-renewal and future livability.  And this level of wealth could be spent for the next whole decade by Giving Pledgers and Philanthropy, while Philanthropy’s endowments are still worth close to current balances show.

Moreover, it would answer the most likely question of these big-money folks’ grandchildren, i.e., “What did you do when you knew?”

This Open Letter is ATL’s request for everyone reading this to join us and ask big-money, and Philanthropy to fund the Emergencies! we are now living in.  The wolf is at the door!

It is transparently true that most people reading this are very cynical about big-money wealth, and Philanthropy to boot.  But, there is no other group, entity, or political system that has either the ways or the means to come to our collective aid in this moment of dire need.  Moreover, with a broken climate, and with a devastated and depleted natural world, big-money’s efforts to buy remote locations complete with moats to hold and house their own few and their money, will not work.  Once we reach hot-house Earth, it’s already the beginning of the end for us all.

Even big-money will not be able to hide from comprehensive catastrophe.  So, saving our ability to have some future for some of us is our only choice.  Life’s only chance.  Humanity’s only road forward.

This Open Letter is written to these Good Men, and the reason why is straightforward.

The only home we have is metaphorically in the grip of a fire-breathing hydra-headed dragon.  A dragon of our own making.  Each one of these Good Men have been sent a picture of this dragon in prior correspondence, explaining the Delusions and Contradictions besetting humanity.  That dragon’s grip, please look at it, is ATL’s explanation, as expressed of how the Ecological and Climate Emergencies! will end humanity…………………..Unless – as we have written.

Perhaps these Good Men can help us all slay the dragon that we have let loose upon our Good Earth.

Perhaps these Good Men can rise to Greatness and give us all a second chance.  And give some of us a viable future.

It is an outcome devoutly to be wished.

Take Action: amplify ATL's call to Philanthropy -- join our Open Letter. Send these key points below to several foundations, including a link to our Open Letter. You can also write your own version.

For our survival, humanity must now confront the interconnected emergencies of climate chaos and biodiversity collapse. Philanthropy must play key roles to:

Thank you for your attention.