Stand Against Thacker Pass Lithium Mine 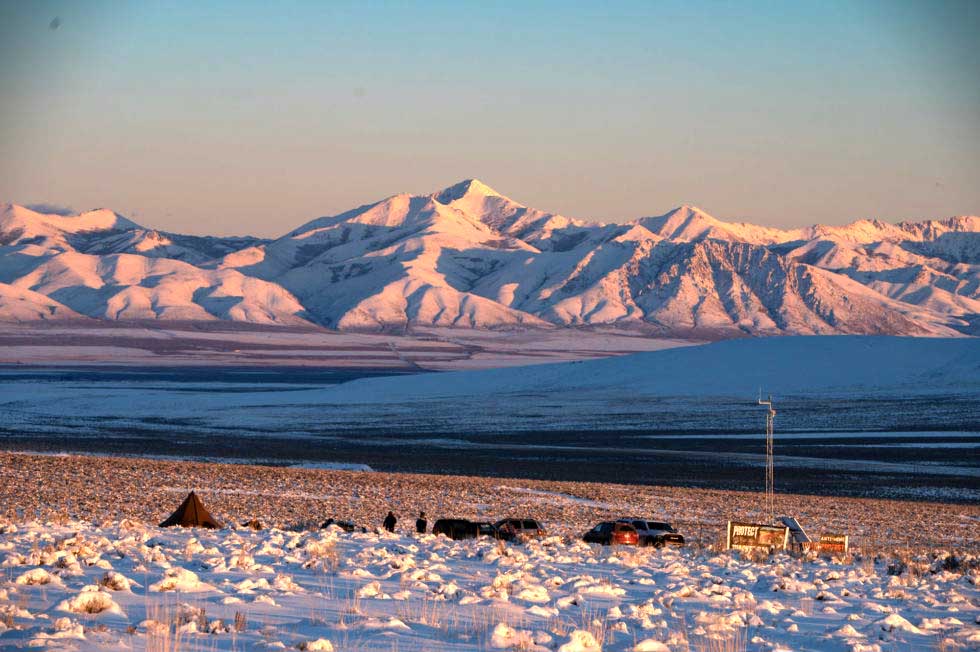 In the final days of the Trump administration, the BLM fast-tracked the approval of a lithium mine in northwest Nevada, at Thacker Pass.

Lithium Americas Corporation, a Canadian-based company, plans to blow up this pass, extract millions of tons of stone, and build an array of infrastructure to process this into lithium, with harsh chemicals like sulfuric acid trucked in from oil refineries. Along the way, they will build vast mountains of toxic tailings, leaching heavy metals and uranium into what groundwater remains after they pump nearly 1.5 billion gallons per year into their industrial machinery.

And they have the gall to call this GREEN!!!

This wild and beautiful place has some of the best remaining old-growth sagebrush habitat and is home to many wild creatures, including the most iconic of Western species, the critically endangered greater sage grouse. This area is part of a wildlife management unit that is home to 5-8% of the total remaining sage grouse on the planet. Crosby’s Buckwheat, a rare desert wildflower, lives in this project area. Several creeks here host threatened Lahontan cutthroat trout, and nearby springs are the only home of King’s River pyrg (a critically endangered snail).

We want to resist this project because it is emblematic of the lies that are being sold to us about so-called “green” technology. This company and many others are trying to convince us that if we just switch to electric cars, the destruction of the planet and global warming will be fixed. This could not be further from the truth. So we're here to push back against this specific mining project, as well as the entire narrative of "green" technology, and to try to build and strengthen a movement that has its allegiance to the land, to Mother Earth, and to the other beings with whom we share this planet.

As the author of a new book BRIGHT GREEN LIES that examines the failures of so-called green technology, I know these issues well — and lithium is a distraction that allows us to maintain the illusion that a modern, wasteful, high-energy lifestyle can (or should) be maintained, not a solution. We will not solve the problems caused by destroying and consuming the living planet by further destroying and consuming the living planet.

Donate to fund the grassroots resistance and defend this land.

Support the resistance in other ways -- join the protest or help provide needed supplies.

Learn more about Thacker Pass and the proposed mine's impacts here and here.