In the wake of the incredibly successful Women’s Marches around the country and around the world, we now have an even greater strategic window of opportunity for citizens to act in one accord and take our momentum to the next level.

Our window of time is just the next three weeks! Please stay with me – this is really, really important, and you probably were not aware of it.

At the same time as record numbers of Americans mobilized for the Women’s Marches across the country, another equally significant civic engagement event was just getting started and is now fully in process. It represents a profoundly important opportunity. Let’s not miss it… 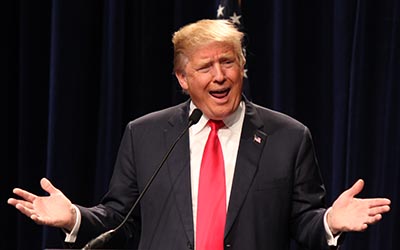 On January 20th, someone posted a new petition on the official White House website devoted to citizen petitions, calling for Donald Trump to release his tax returns in order to prove that he is not in violation of the Emoluments Clause (which protects the country against conflicts of interest and illegal foreign relationships while in office).

There are several noteworthy aspects to this particular petition, but the most important one is the speed with which it has already gained traction. Usually, petitions on the White House petition site achieve a few thousand signatures at best (and it takes a minimum of 100,000 signatures within a 30 day period to force an official response from the White House).

Now imagine what could happen with a concerted effort.

While the energy is still in high gear from the Women’s Marches and a growing number of awakened citizens are looking for the next effective way to mobilize their energy to protect the integrity of our democracy, this simple but powerful petition presents the opportunity to galvanize many millions of voices across the nation. These aligned voices can be channeled into one collective voice pointing directly to one place: the TrumpTaxReturns petition.

As evidence that THIS is the issue to galvanize around, here is the headline on Sunday, Jan 22, 2017:

After Promising To Release His Tax Returns, Trump Aide Says He Won’t Because ‘People Didn’t Care’

With a concerted collective effort involving the same organizations and individuals that helped organize the hugely successful Women’s March, and with support from the many, many other organizations and passionate individuals across the land, this simple, straightforward and non-partisan petition could easily collect millions of signatures in the next three weeks or so remaining before the February 19 deadline!

When the news media picks up the story (New York Times Editorial here and Washington Post article here) of how citizens across the country are focusing their collective energy on the White House’s own website and achieving an online turnout never before seen in the history of our country, the attention will drive citizen participation even further.

The 3 steps to this completely achievable strategy are as follows:

The great news is that the momentum is already underway. This is pouring gasoline on a fire that is already burning brightly.

So, what can we expect from Trump in response if millions of Americans focus their numbers into a single online location on a matter of obvious national importance (that challenges Donald Trump to be in compliance with the rule of law, in this case our Constitution’s Emoluments Clause)?

One of 3 things will happen:

We have about three full weeks to coordinate our efforts through all of our networks, and to show up en masse to have our voices heard. The recent marches across the country were profoundly encouraging, and now it’s time to build on that momentum.

Let’s demonstrate that we can generate even larger numbers online at a single venue.

Richard Lang is CEO of Democrasoft, which offers cloud-based software that enables easy and effective online collaboration and engagement. He is also author of a forthcoming book on citizen engagement in the digital age.