So far, progressives seem to have four general responses:

Now, Trump has said he wanted to work with all Americans. We should give him a chance, as President Obama asks of us, right? 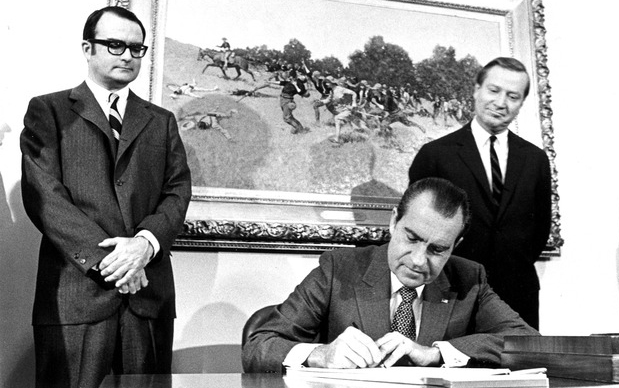 The Republican Party is no longer the party of Richard Nixon who established the Environmental Protection Agency in 1970, of Ronald Reagan who signed an international agreement to curb ozone pollution in 1987, or of George HW Bush who signed the United Nations Framework Convention on Climate Change in 1992.

Importantly, the Republican Party and our president-elect are unique in the world for their anti-science, climate denialism stance. No other major political party or head of state rejects the consensus of 97% of climate scientists, the reality of human-caused climate change. Virtually all other heads of states are calling for urgent climate action, and the entire world has entered the Paris Climate Agreement to respond to the crisis. Noteworthy now, only a few national-level Republicans such as Bob Inglis, George Schultz, and Gregory Mankiw are pro-climate.

Trump is launching a concerted campaign to unleash the fossil fuel industry and to end all climate protection:

Essentially, Trump promises to destroy the climate and extinguish much of life on Earth!

America is going rogue on climate when US leadership on the crisis is needed more than ever. Despite some claims to the contrary, a US pullout from the Paris Agreement could mortally wound the whole deal. Superpower US has an outsized impact because of our cumulative emissions, our wealth and technologies, and our international stature and influence. Everyone that cares about a stable climate hoped the US would catalyze a virtuous cycle of escalating ambition, creating the momentum necessary for a chance at 2°C through the international process.

Make no mistake. There is no working with this new president – who is already looking for ways to withdraw from the Paris deal – any more than Neville Chamberlain could work with Adolf Hitler. There is little stopping the legislative, policy, and pollution train wreck, as Republican House and Senate majorities can overcome nearly all restraint. Republican Senators could eliminate the filibuster, especially if used much by Democrats.

But two possibilities could plausibly change the situation.

First, we are not alone. We can unite with rest of the world to demand that this anti-science, anti-climate Party and this President come home to sanity. This Party and President cannot operate in isolation from the world, and they cannot be allowed to destroy the future of humanity and the Tree of Life.

Climate trade measures, sanctions, and boycotts against the United States might be the most effective actions to ostracize these climate outlaws, whose actions will constitute crimes against all humanity. Everything is at stake here: either the world will accommodate Trump, or it will take measures to isolate and punish the US as a pariah nation.

Eighty-three years ago a party leader of a rogue party in a democratic nation came to power and caused great alarm. But that country refused to accept the extent and degree of danger. It took the rest of the world over six years to respond, and the resulting death and destruction defined the 20th century. We are in a similar situation now, and we do not have six years to stop these rogues – runaway climate destabilization is breathing down our necks.

The second response is to ask Senator Bernie Sanders to support a Climate Summit that brings the information of the full extent of the scope, scale, and urgency of the crisis to the American public through a summit process.

Bernie mentioned in his campaign that the global warming and ecological crises were the most important issues facing humanity, and he promised a Climate Summit if elected. Of course, he was not elected, but there is every reason to believe that he would enable a climate summit if it were to be funded by a non-governmental private entity, such as philanthropy. So, we can bring the information to the American public, if funding can be secured. The Climate Emergency Coalition will be one group that asks philanthropy to fund such a summit.

A highly visible Climate Summit is necessary; without US public support, there is no chance of effective climate action or effective US internal opposition to Trump and the Republicans. Yet Americans are mostly unaware of the severity of the crisis, and of our continuing fossil fuels excesses. In our ignorance, we continue in our “seemingly entitled” consumption patterns, relentlessly burning up what little global carbon budget remains.

The reality, as the data and information suggests, is that this Party and our President-elect are dangerous and deadly. So was that Party and its leader in Europe some 83 years ago. At the time, that nation did not understand, and the results of that reality are clear. This nation largely does not know what the data and science suggest about the scope, scale, and urgency of the commons’ crises and the need to change course from the dangerous and deadly promises of these rogues. The situation can be explained to the American public. Moreover, those of us willing to face the truth can ask the rest of the world to help bring these rogues into connection with reality.

Reality is determinative. It is ultimate; ideology and denial are not. To be sure, Galileo's heroism reminds us that truth eventually comes to light even when it appears that ideology and denial can trump reality for a time. So take heart. We have reality on our side. Speaking truth-to-power must ultimately prevail when we engage its implications with courage.